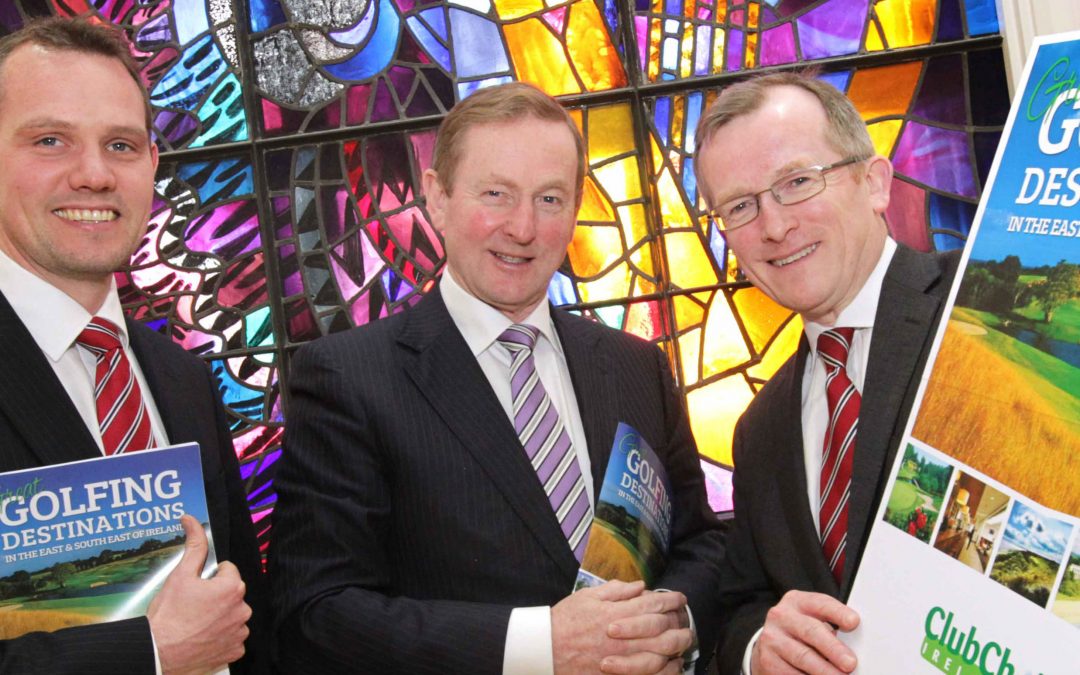 “A Big Congratulations” extended from An Taoiseach Enda Kenny to Club Choice Ireland for Flying the Flag for Irish Golf Tourism in Britain !

IGTOA Business Partner ”Club Choice Ireland” recently launched their spectacular 2015 programme at the prestigious Mere Golf Resort & Spa in Cheshire, Manchester. On return to Ireland, the Directors of “Club Choice Ireland”, Tiernan & Larry Byrne, were congratulated by An Taoiseach Enda Kenny and Niall Gibbons Tourism Ireland Chief Executive at Government Buildings for the success of “Club Choice Ireland” in attracting the lucrative golfing market to Ireland; and for the significant contribution to Irish tourism that is imminent for 2015.

The launch event was held in conjunction with Tourism Ireland and showcased some of the best golfing destinations in Ireland.  It was attended by Tourism Ireland representatives, media, trade partners and “Club Choice Ireland’s” significant following of loyal clients who have relied upon the organisation to source for them the best Irish golfing holidays since its inception in 2010.

“Club Choice Ireland” is an alliance of the best hotels, resorts and golf clubs in the east and south east of Ireland. New destinations added to its collection for 2015 were unveiled at the event and these include Mount Juliet, Druids Glen, Carton House and Mount Wolseley.

The 2015 programme was very well received at the launch event and “Club Choice Ireland” will now roll out its promotional campaign in Britain which includes hosting a series of prestigious Irish golf days, the distribution of over 5,000 ‘Great Golfing Destinations’ magazines, media familiarity trips, promotional drives with the Group’s travel partner, Stena Line; and more.