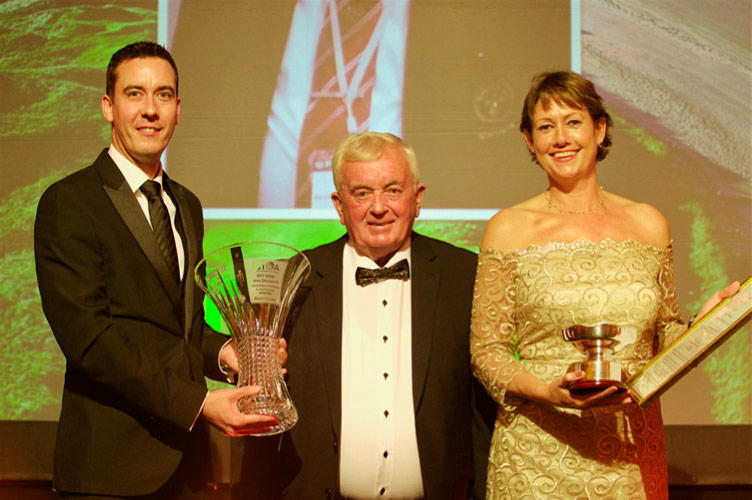 The Gala Black Tie event was hosted by Shane O’Donoghue the CEO of Niche Media and CNN’s Host of the International monthly golf programme, Living Golf. The official welcome to the event was made by Denis Kane, Chairman of the IGTOA and Niall O’Callaghan spoke about the importance of the overseas golfers to Shannon Airport and the West of Ireland region.

The IGTOA added three new awards for the Best Customer Experience in 2017 in three categories.

The Gala Irish Golf Awards are held annually as part of a two-day event with included the National Golf Tourism Conference on Sunday 22nd October and the 2017 IGTOA Golf Classic which took place on Monday 23rd October at one of Ireland’s premier links courses, The Trump International Golf Links, Doonbeg, Co. Clare. Regarded as one of the top golf resorts anywhere in the world and situated on over 400 acres of Ireland’s most spectacular links overlooking the majestic Atlantic Ocean.

The event was supported by John Deere, Shannon Airport, The Trump International Golf Links and Hotel, Doonbeg as Title Sponsors and was attended by representatives from leading international golf and tourism organisations such as Fáilte Ireland, Tourism Ireland and Tourism NI. This event was also supported by the Hertz, Ping Apparel, Waterford Crystal, Golf Digest Ireland and Eno Wines.

A selection of leading Irish companies in the golf tourism industry received accolades on the night with winners in the hotel, golf course and golf resort categories. The event is held each year by the Ireland Golf Tour Operator Association (IGTOA), an organisation that represents the National Irish Golf Tourism Industry and is pro-active in the promotion, growth and development of the Irish Golf Tourism domestically overseas. 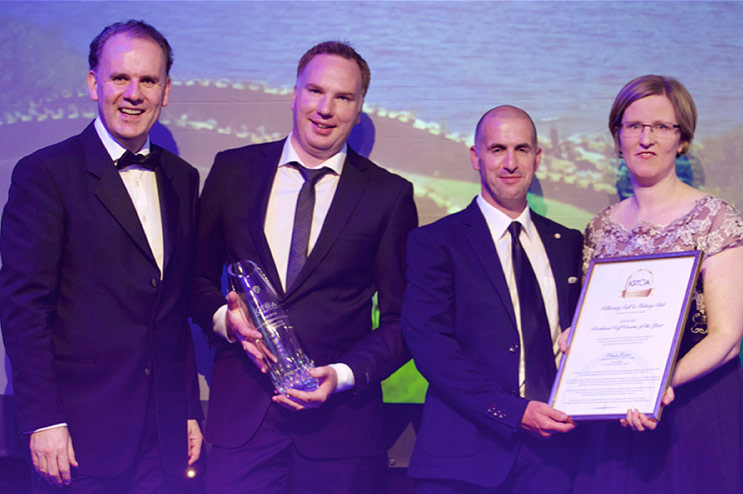 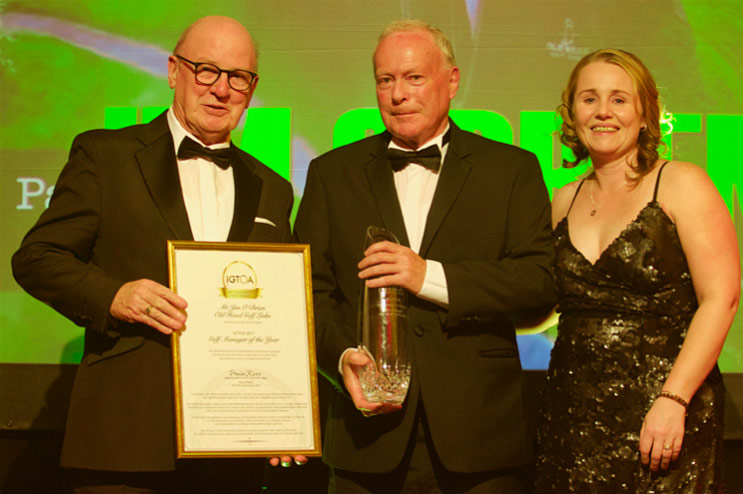 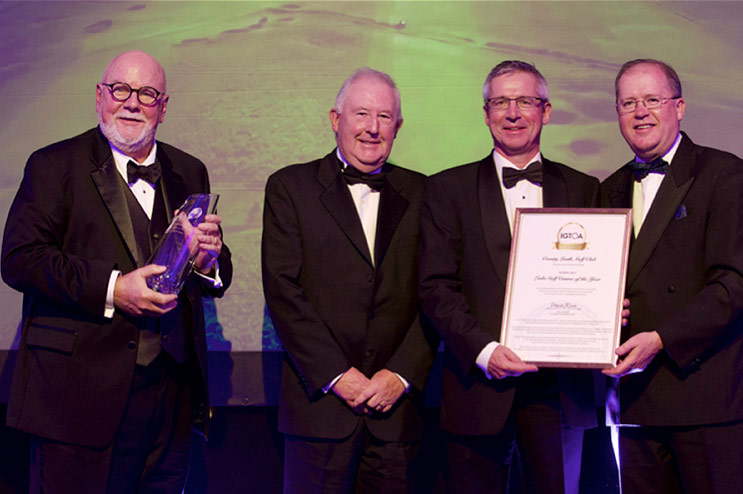 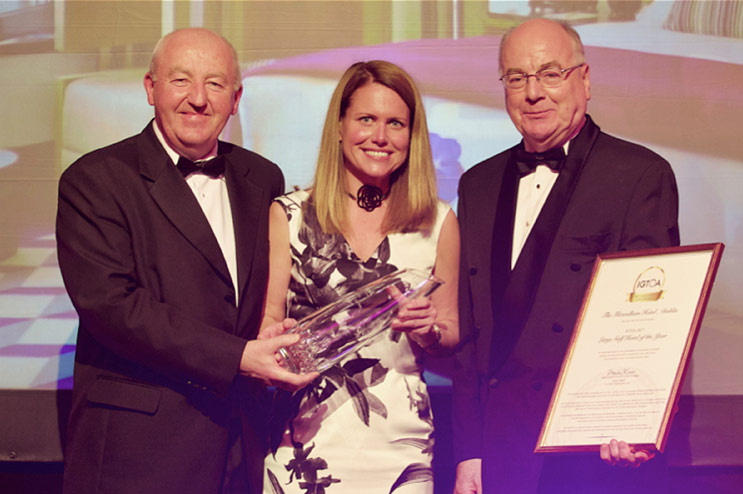 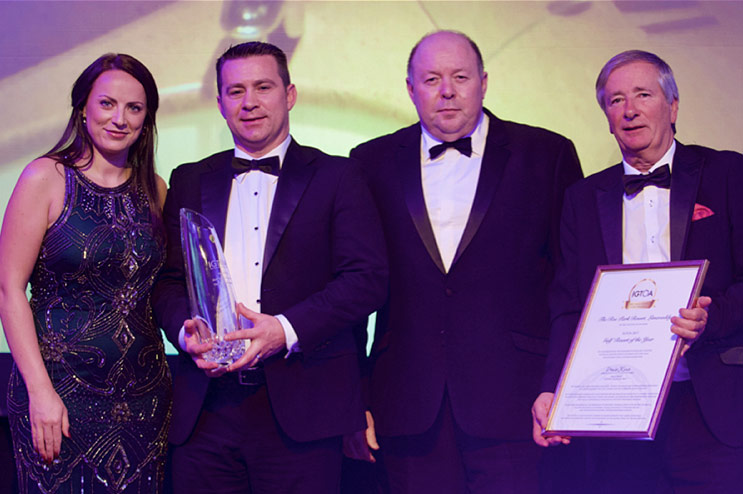 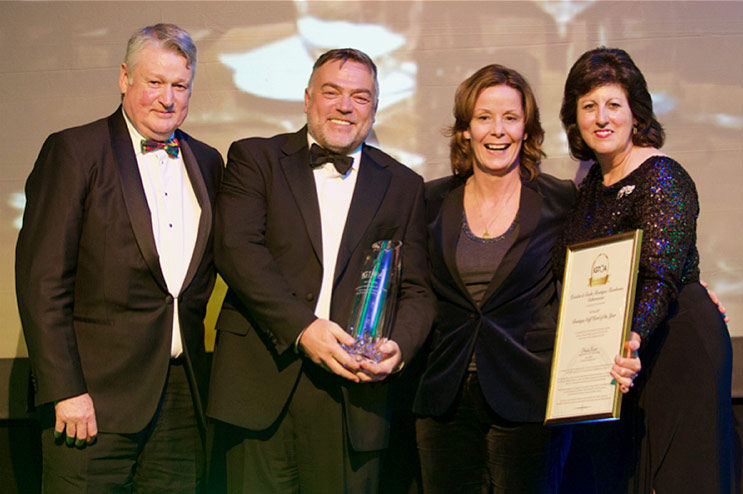 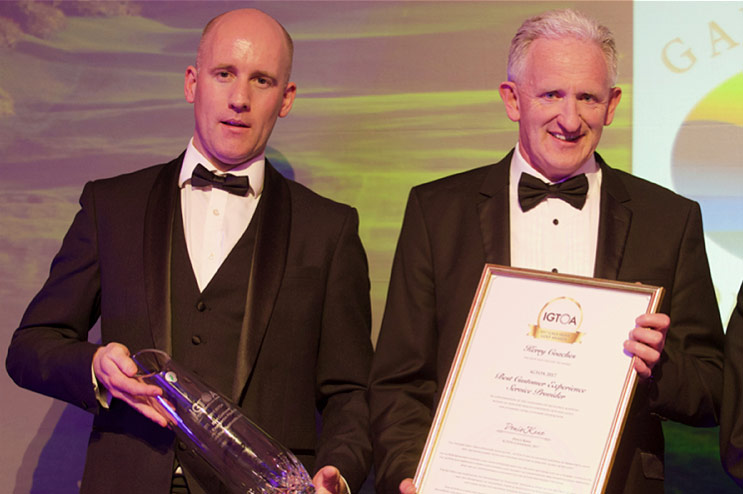 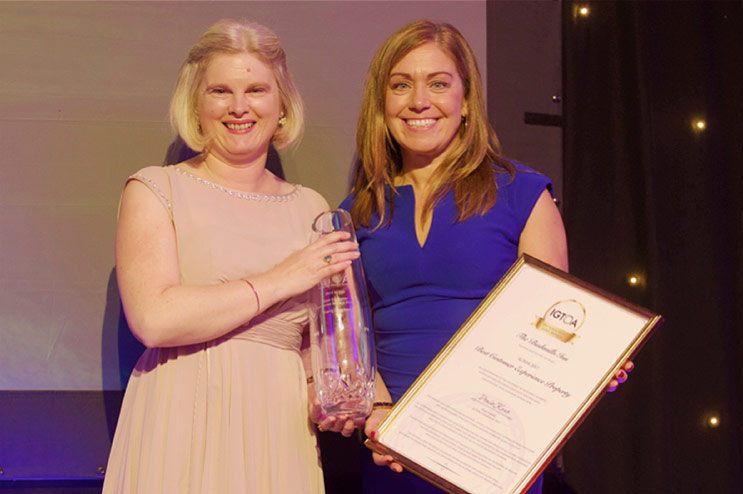 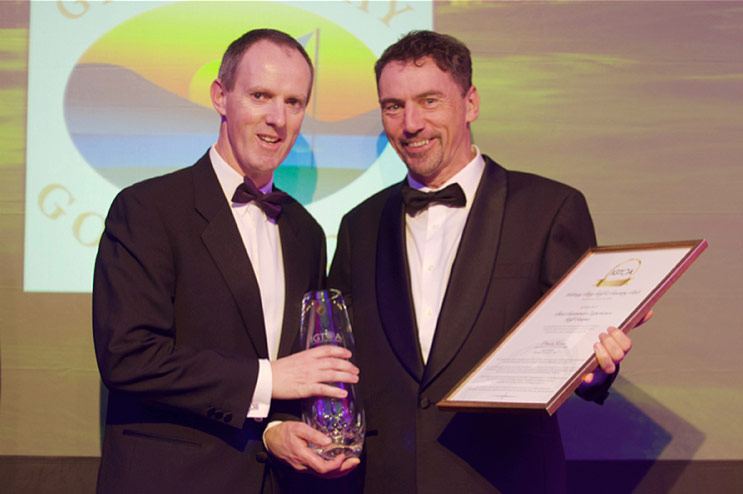