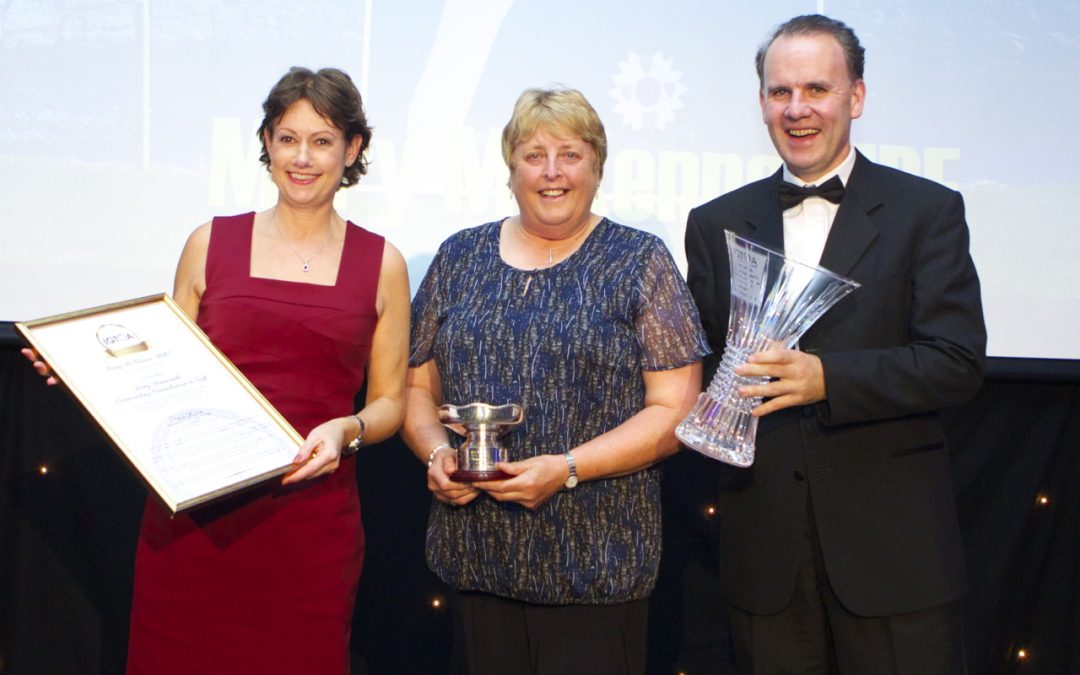 Mary McKenna is one of Ireland‘s greatest female golfers. Speaking about winning the 2016 Jerry Donworth Outstanding Contribution to Golf Award said “I am very honoured… At this stage you think awards are finished and when you get the MBE that is as high as it can go, but this is very special and it is presented by a very different group of people, it is people who are involved in all elements of golf tourism not only just the players, it is very special, it is a special night.” Previous winners of the award include Pádraig Harrington, Pat Ruddy, and Christy O’Connor Senior.

The Gala Irish Golf Awards are held annually as part of a two day event with included the National Golf Tourism Conference on Sunday 23rd October and the 2016 IGTOA Golf Classic which took place on Monday 24th October at one of Ireland’s premier links courses, The Island Golf Club, Donabate, Co. Dublin. This is a must-play classic links set in rugged terrain and located between the highest sand dunes of any links course in Ireland.

The event was supported by John Deere, Fingal County Council, The Island Golf Club and The Grand hotel Malahide as Title Sponsors and was attended by representatives from leading international golf and tourism organisations such as Fáilte Ireland, Tourism Ireland and Tourism NI. This event was also supported by the Hertz, Ping, Waterford Crystal, Golf Digest Ireland and Classic Drinks.

A selection of leading Irish companies in the golf tourism industry received accolades on the night with winners in the hotel, golf course and golf resort categories. The event is held each year by the Ireland Golf Tour Operator Association (IGTOA), an organisation that represents the National Irish Golf Tourism Industry and is pro-active in the promotion, growth and development of the Irish Golf Tourism domestically overseas.

Next year is a special year for the IGTOA we are celebrating the 21st anniversary of the organisition which was founded by Jerry Donworth and celebrating the 20th anniversary of the Gala Irish Golf Awards. For 2017 we are heading west of the Shannon, back to where it all began. The IGTOA will open the year with the Killeen House Trophy at Lahinch Golf Club in Co. Clare, and will close the year with the 20th National Golf Tourism Conference and Gala Irish Golf Awards at Trump, Doonbeg on the 19th and 20th of October 2017.